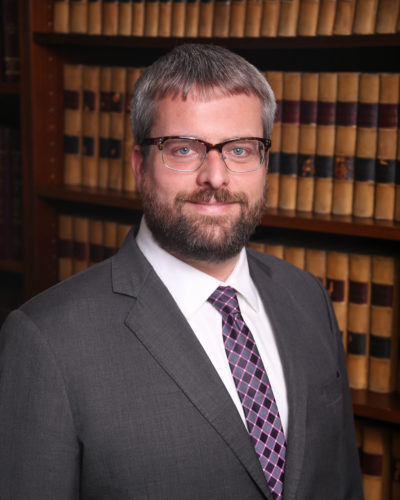 Muncie lawyer John M. Stevens was born in Iowa in 1980 and was first admitted to the Illinois Bar in 2008. John has also been admitted to the State Bars of Iowa and Indiana, the U.S. Court of Appeals Seventh Circuit, and multiple Federal District courts. John has assisted clients in almost every U.S. State, Asia, South America, and Europe. In 2016 John was named an Indiana Rising Star by Super Lawyers.

John began in display fireworks at eighteen, working as a restocker for a small Midwest fireworks company. Over the years that company has grown, and John’s experience and knowledge of the fireworks industry has grown as well.

Since joining the Firm in 2011, John has engaged in the full spectrum of fireworks related legal representation ranging from helping new fireworks companies get off the ground, to navigating the nuances of state and federal regulations, and assisting clients when the worst happens and they face a personal injury or property lawsuit.

More About Our Lawyer

John and his wife Nicole recently moved to the country where they have dachshunds named Hugo and Isabella, and an equally large cat named Roux. Nicole is a painter and freelance graphic design artist. John enjoys woodworking and spending time traveling.